What really makes us sick

Do bacteria and viruses make us sick? Do vaccines protect us from disease?

Around 1860, Louis Pasteur launched his microbe theory, suggesting that microorganisms are responsible for infections and disease. Louis Pasteur was an influential chemist in his day. What he discovered was: if you put a diseased or infected piece of body tissue under the microscope, you will always find a cluster of bacteria nearby. ‘Ah!’, he thought, ‘that must mean that bacteria cause infections and disease!’ Wrong – the observation is correct, but the conclusion is not.

Bacteria are the firemen

If there’s a fire somewhere, there’s the fire department – or at least, you hope there is. However, this does not mean that the fire department caused the fire, we all understand that. The same goes for bacteria. They appear in the body when it is partially or completely sick, rotting or dying. Bacteria clean up. They remove dead cells and rotting tissue so the body can heal. Just as firefighters are not the cause of fire, bacteria are not the cause of disease. The idea that bacteria are dangerous and aggressive things that threaten the body may be the opposite of the truth.

At the time, around 1860, microscopes were not strong enough to distinguish particles smaller than bacteria. That didn’t stop Pasteur from developing a hypothesis based on his findings. He said: there must be invisible particles floating in the air, waiting to be inhaled, touched, eaten or drunk, and then attacking the person and making him sick. I call them viruses. And as soon as we have better microscopes, we will prove it.’ He was like an astronomer who is certain that an undiscovered planet exists, even gives it a name, and waits for a telescope big enough to prove his suspicion.

How do you prove the existence of a virus?

Pasteur was wrong again. We have since developed microscopes capable of detecting even nano-particles, but so far no scientist has ever discovered a virus. Bacteria exist, but the existence of viruses has simply never been proven. The notion that bacteria and viruses cause infections and diseases has also never been proven. Even the word “infection” which essentially means “invasion” is incorrect. Not to mention the supposed infectiousness of bacteria and viruses.
To prove the existence of something in modern science, three steps are required:

1. Isolate it
2. Take an electron micrograph of it
3. Determine what the genetic makeup is

So far, no one has ever succeeded in even taking the first step. There are no reports showing evidence of an isolated virus. Not with Covid-19, not with other forms of Corona, not with measles, not with polio, not even with HIV. ‘Virus’ is another word for ‘poison’. Mercury, aluminum phosphates and formaldehyde are poisons, to name just a few ingredients of vaccines, but there is no such thing as an infectious poison. At least, these are the conclusions of David Parker and his wife Dawn Lester, among others, the authors of the substantial book “What Really Makes You Ill.

This can’t be true
This is a good time to take a break, it seems. Because… what? What? Is microbe theory, the foundation of modern medicine, nothing more than a theory? Um… yes. It’s called the microbe theory for a reason. But… how? This can’t be true, can it? I mean, isn’t it common knowledge that millions of Indians died of measles when the Spanish conquistadors invaded? Doesn’t everyone know that millions died during the Spanish flu? And isn’t it a fact that polio was conquered, thanks to the polio vaccine? So what kind of nonsense is this?

The genocide of the Native Americans
When the land that would later become America was invaded, millions of Native Americans died, but not from measles. What they really died of was much worse. The Europeans were armed with guns and cannons, while the only weapons the natives had, if they had anything at all, were bows and arrows. They were forced to work as work slaves in the gold and silver mines until they literally dropped dead. They were driven from their fertile lands and then died from a dire lack of food and clean water. It is very likely that the mass epidemic was a cover up story, because that story just sounds better than the horrible truth that the original inhabitants of America were slaughtered en masse by the invaders.

The Spanish flu was not a flu
In 1918, so the story goes, 20 million people worldwide were wiped out by a deadly virus. But wait… the effect does not prove the cause. Not then, not now and not ever. If you examine it more closely, you’ll see that it may not have been a coincidence that this so-called pandemic occurred right after WWI. The war had weakened the health of millions through poor diet, hunger, trauma, fear, stress and grief. In addition, there were legions of other contributing factors. In the military camps in the US, for example, soldiers were dying in droves because they were given far too high doses of aspirin. In India, many soldiers returned weakened and traumatized from the war in Europe, where they had fought in the cold and wet trenches. Many died from the effects of these extreme hardships. Again, the truth about the Spanish flu is much more grim and complicated than the story about a virus suddenly, out of the blue, killing millions of people. Perhaps this is also a cover up story.

Catch me if you can
The story about polio is not so certain either. Statistics show that the number of cases of polio was already drastically reduced before a vaccine was developed. As I just wrote, Parker’s research shows that there is absolutely no proof that viruses exist. However, studies have been done to find out whether it is possible to transmit the flu or measles, or rather, whether it is possible to transmit a disease with flu- or measles-like symptoms to another person. An example: three years ago in Germany, 100,000 Euros were offered to the person who could prove that measles is contagious. A group of scientists immediately went to work. They set up two rows of people facing each other. One row had measles-like symptoms, the other row was healthy. The sick people had to cough several times into the faces of the healthy people. Nasty, but hey, you gotta do something for science. The result was that not one healthy person got sick. Why didn’t this become world news? Why instead were these findings rejected, even in the highest court, and the German government recently issued a mandate mandating measles vaccination? Isn’t this just mocking science?

The V-word
Here we are, with a head full of questions. And I haven’t even asked the most pressing question yet: IF VIRUSES DON’T EXIST, WHAT DO WE HAVE VACCINES FOR? At the time, Pasteur was continuing the work of English country doctor Edward Jenner, who was the first to experiment with vaccines almost a century earlier, around 1780. Jenner was the inventor of the very first vaccine, the vaccine against smallpox. Pasteur also developed one, a vaccine against rabies. The idea of a vaccine was and still is: attack the body a little by injecting a few drops of a certain bacteria, virus or poison into the body, just to scare it a little. If you do this, the body will respond by working extra hard to protect itself, preventing the pathogenic whatever-it-is from entering the body and thus keeping the patient healthy. Well, it might get a little sick from the vaccine, but that’s better than dying a horrible death from a deadly virus, right?

One thing leads to another

If you debunk Pasteur’s microbe theory, you thereby also debunk the measures taken to supposedly protect us from Covid-19. Social distancing? Wearing a mouth mask? Washing your hands twenty times a day? Why? Nothing is contagious out there! It is very likely that vaccination programs have been hijacked by the pharmaceutical industry to make money. When you look at what’s in vaccines and how the vaccine industry is pushed and protected, it’s wise to consider whether your health is what they care about, or not. Why add nano-particles to a vaccine, for example, if the only benefit is that it is helpful in tracking people and linking them to AI?

Where there is smoke, there is fire
Purely as a thought experiment, yet without drawing any conclusions, one might ask: what is actually being tested, if viruses don’t exist? What is being tested is the presence of exosomes in the body. Exosomes are small strands of protein that the body secretes as it tries to get rid of toxins and free radicals. The difference between bacteria and exosomes is that bacteria are alive, while exosomes are not. Bacteria are the firemen, exosomes are the smoke. Because most people have toxins in their bodies, they will also have exosomes in their blood. That’s why most people test positive for exosomes, which in this day and age have suddenly been named Covid-19.

Looking reality in the eye
But what are people dying from during this particular pandemic, you may ask. Just like right after WWI, or during the invasion of what is now America, it’s a good idea to look at the bigger picture if you want to answer this question. In general, you can think of four main causes of disease:

1. A lack of nutritional value, due to a lack of food or due to food of poor quality
2. Toxic intake, such as pills, alcohol, smoking, junk food, drugs, vaccines, heavy metals, air, water and soil pollution, etc.
3. High levels of chronic stress, trauma and anxiety
4. Electromagnetic radiation

Could it be that this is exactly what people are dying from now too? Does this explain why people in the same household, school or institution get sick at the same time; not because they have picked up an infectious virus, but because they have been exposed to one or more of the above factors? Is this why the alleged virus mainly affects the elderly and chronically ill, as well as people living in highly contaminated areas?

The following guidelines are so simple, so universal, and so powerful that they could make Big Pharma collapse in no time. And if the above explanation about bacteria, viruses, and vaccines is true, then maybe that’s an excellent idea.

What really makes you healthy?

1. Improve your lifestyle
2. Pay attention to what you eat and drink
3. Avoid toxic influences
4. Stay positive 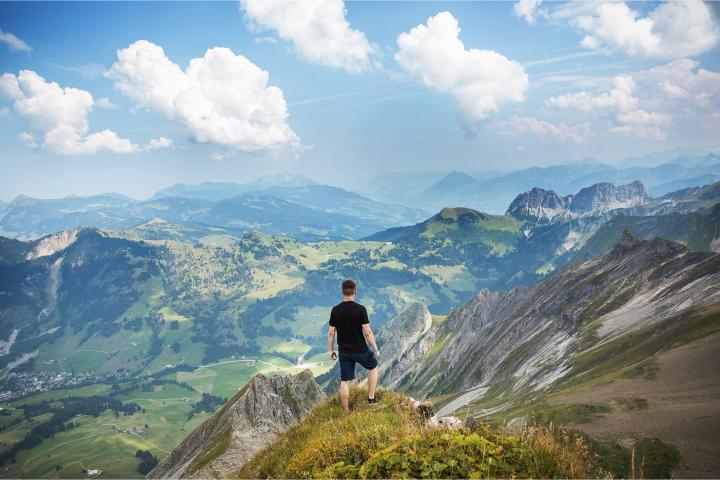