UK officials and the most influential public health figures are accused of genocide, citing a series of statistics on the impact of “vaccines” and policies imposed under the guise of “mitigating Covid.”

Read also: Check out our coverage on curated alternative narratives

The ICC has acknowledged the case and has attributed the following reference number OTP-CR-473/21. 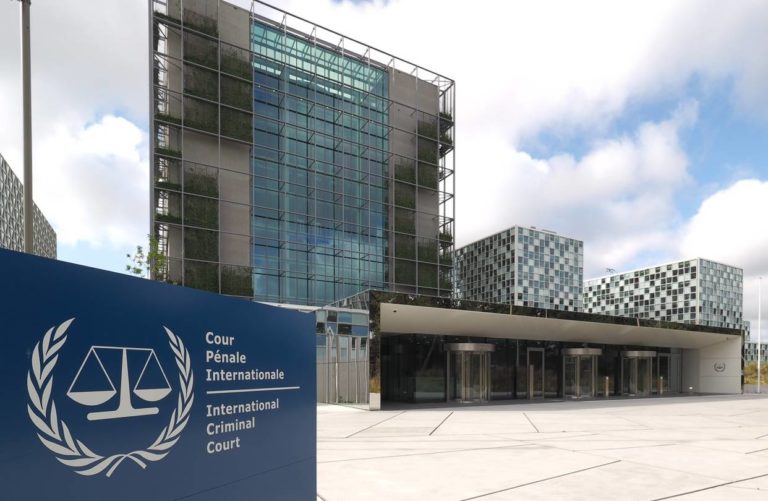 After repeated unsuccessful attempts to bring a case before the English court system, the plaintiffs resorted to asking with “the utmost urgency” that the ICC “stop the deployment of COVID vaccines, the introduction of illegal vaccination passports and all other types of illegal warfare … being waged against the people of the United Kingdom.”

The group’s complaint filed Dec. 6 presents evidence that COVID-19 “vaccines” are experimental gene therapies designed with bat coronavirus gain-of-function research, arguing that these “vaccines” have caused massive deaths and injuries and that the U.K. government has failed to investigate such reported fatalities and injuries.

that the numbers of COVID cases and deaths have been artificially inflated; that the masks are harmful from hypoxia, hypercapnia, and other causes;
and the PCR tests are “completely unreliable” and “contain carcinogenic ethylene oxide.”

In addition, they argued that effective treatments for Covid-19, such as hydroxychloroquine and ivermectin, were suppressed, resulting in a more significant number of COVID-19 deaths than should have occurred.

They argue that the blockades were enacted under the guise of artificially inflated infection and death numbers from a modified virus, as well as the experimental “vaccines” that have resulted:

Massive short-term harm and death, with at least 395,049 reported adverse reactions to Covid “vaccines” in the U.K. alone;
a sharp increase in ChildLine calls from vulnerable children during lockdowns;
“Wealth and business destruction” through imposed lockdowns.”
“Severe deprivation of physical liberty in violation of fundamental rules of international law,” including travel and assembly bans, and forced quarantine and self-isolation;
apartheid due to segregation by possession or vaccination passport;
and “expected reduction infertility” following “vaccination,” among other harmful physical and psychological effects.

In addition, the petitioners contend that “the suppression of safe and effective alternative treatments for Covid-19 amounts to murder and warrants a full investigation by the court.”

They noted that in addition to censorship of online information and promotion of these alternative treatments, “some academic journals are blocking publication of studies demonstrating the effectiveness of drugs such as ivermectin and hydroxychloroquine.”

The petitioners also cited quotes from Holocaust survivors who have drawn “strong parallels between Covid’s restrictions and the beginning of the Holocaust.”

In an open letter, the Holocaust survivors have called on medical regulatory authorities to “stop this unholy medical experiment on humanity immediately,” which they contend violates the Nuremberg Code.

They even allege that “before our eyes, another holocaust of greater magnitude is taking place.” One survivor, Vera Sharav, noted in an interview quoted in the complaint:

“The stark lesson of the Holocaust is that whenever physicians join forces with the government and deviate from their personal, professional, and clinical commitment not to harm the individual, medicine can pervert from a healing and caring profession to a murderous apparatus.”

Doctors and prestigious medical societies and institutions lent the veneer of legitimacy to infanticide, the mass murder of civilians.”

According to the petitioners, all the harmful consequences of the “vaccines,” the enclosures and the virus meet the criteria of genocide, crimes against humanity, and war crimes against the people of the British, because the culprits “members of the U.K. government and world leaders have knowledge and intent with respect to these alleged crimes.”

Indeed, they argue that the destructive consequences of “vaccines,” blockades, and modified viruses are deliberate attempts at depopulation and social destabilization as part of a globally coordinated plan to consolidate wealth and power in the hands of the few. 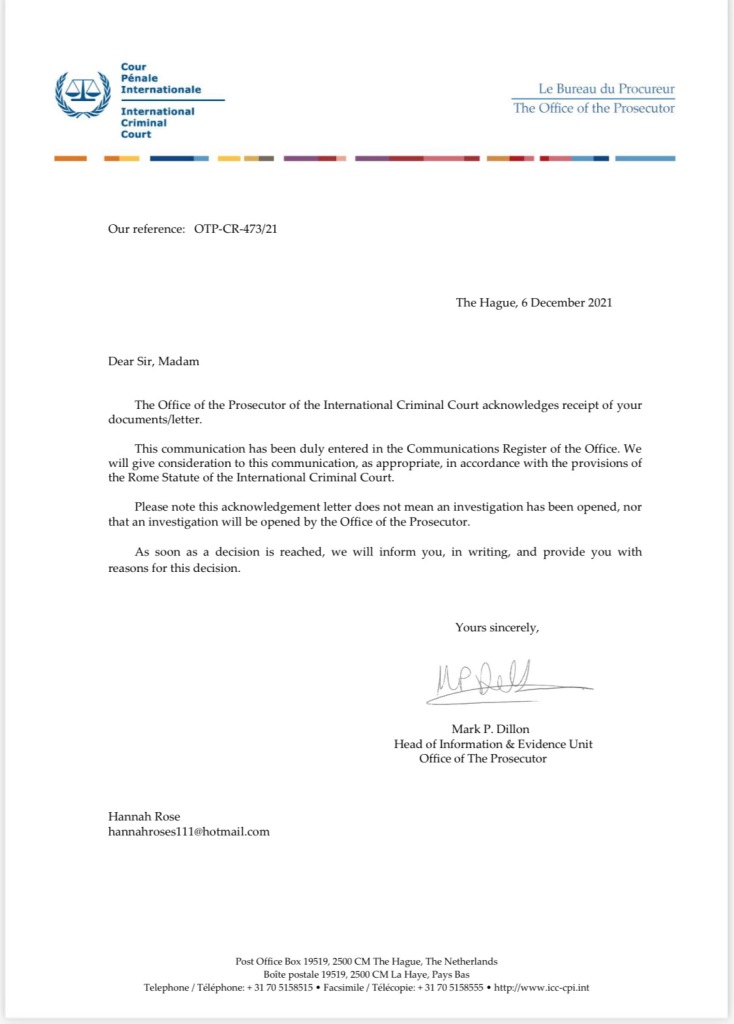 Therefore, they argue that these measures also constitute a “crime of aggression,” i.e., the effort “to effectively exercise control or direct the political or military action of a State.”

In this case, they claim, the aim is to “dismantle all Democratic Nation States, step by step”, and “destroy small and medium-sized enterprises, transferring market shares to the largest corporations”, owned by the ultra-rich, to give this “elite” group greater political and monetary control.
You can find the acknowledgment from the court including the case reference number at the link below and all updates regarding the case will also be posted here.