The Truckers are truly the People’s Army

“It is not Trudeau’s choice to step down or to attempt to stay. It is the decision of the World Economic Forum (WEF). This is a critical decision which will affect the entire world. This is not a battle for just Canada, it is a battle for the World. This is the first domino of corruption and if it falls, the entire plan of the WEF fails because all the corrupt dominos will fall if they are forced out of power. Leaving them in power really is simply a short respite for the People”

Frankly, the WEF cannot afford for Justin Castro to step down. If he falls, Biden falls, Australia falls, New Zealand falls and all of Europe falls. Then the rest of the world joins in.

The sane world is crazy not to make Ottawa the hill they will die on and not give in. It is an opportunity unexpected. Probably an opportunity that will not come again. 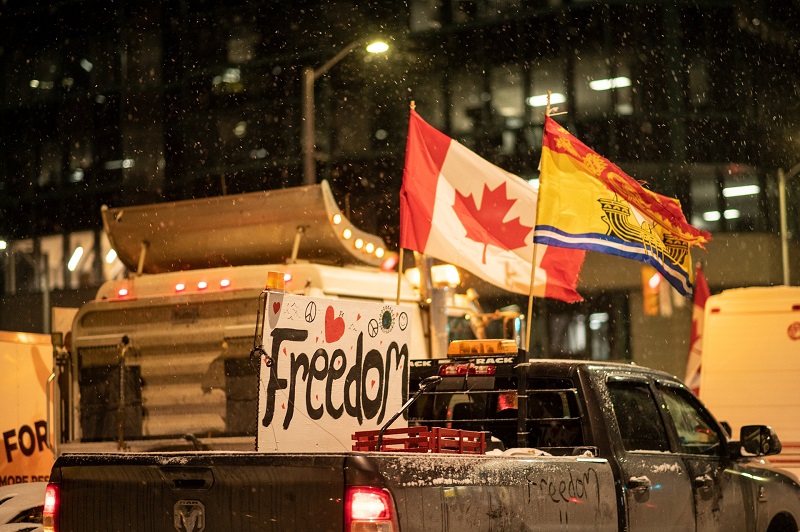 Truckers can win, this but it will take support from everyone. There is a window of opportunity that will not stay open forever. Time is not on our side.

The WEF is not going to go without a fight or without having great fear that they will be smashed by this world-wide movement. Even then the WEF members will be sorely afraid of ending up like Mussolini hanging in the Milan Square and will fight to avoid that.

I do not agree that this is only about a non violent confrontation. I don’t think the WEF will fold because of a lengthy non violent protest of a few thousand truckers. They have been working on this tyranny plan for 100 years. I think they will fold only if they are clearly weaker in strength than the People’s Army. Whether it is non violent or violent confrontation, for either way to succeed requires great power standing behind the Truckers with obvious reserve waiting behind them.

This means the WEF must act now before the People’s Army grows too large with strong reserves. I expect action by the WEF soon to squash this uprising. This is not about Trudeau, this is the WEF plan in place around the world. Everyone must be ready to heavily support the Truckers and step into the battle if they are attacked.”